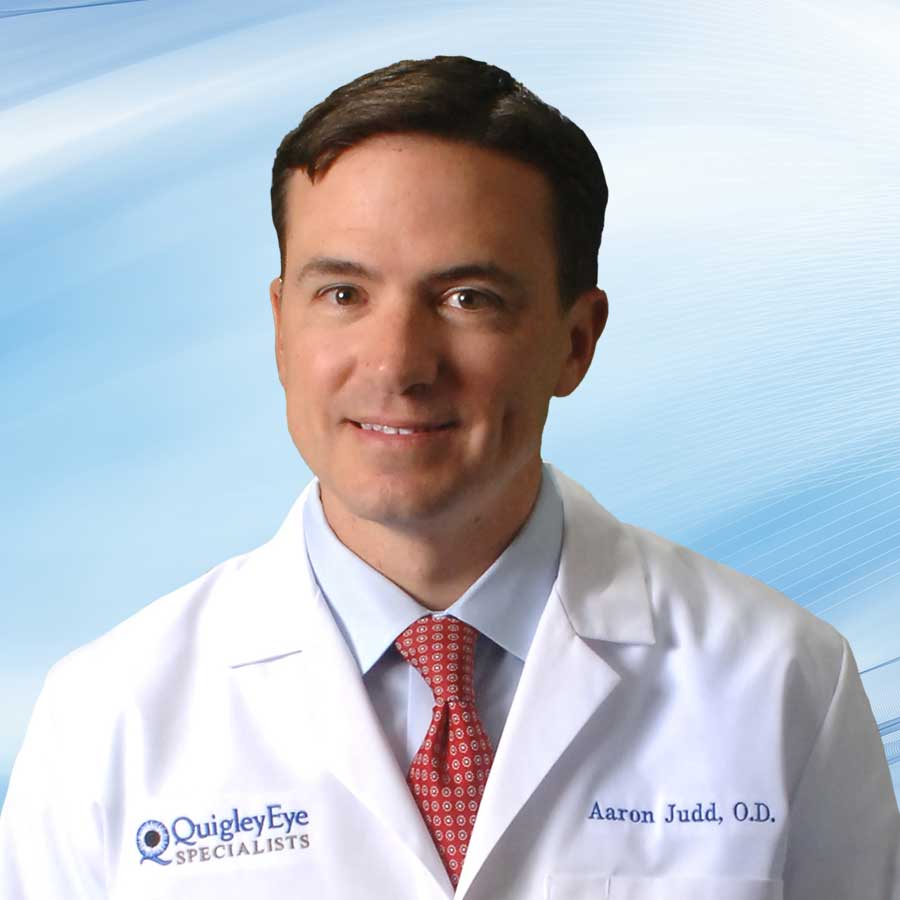 After your visit with Dr. Judd you will know two things for sure. 1. he is a very knowledgeable man and 2. he is also a very caring man.

He completed his clinical training at Walter Reed Army Medical Center and at the Pentagon DiLorenzo Tricare Clinic, both in Washington, DC.

After clinical training he was selected to be the eye doctor for the United States Military Academy at West Point, New York. Dr. Judd also served for a one year tour during Operation Iraqi Freedom. He provided triage, emergent, traumatic and general eye care to the multinational forces, civilians, detainees and insurgency.

Since 2006, Dr. Judd has practiced as an optometrist in Florida focusing on the relationship between neurology and vision. He understands the role of the team approach to patient care. Dr. Judd has been published and has a special interest in all areas of eye disease. He views the eye as the portal to the body and is diligent in determining the solution to his patients’ symptoms. Dr. Judd and the entire Quigley Eye Specialists team look forward to meeting you and helping you achieve your goals.

Dr. Judd has two smart and beautiful children, Kirk Thomas and Ainsley Maxine. He will tell the children get their brains from their lovely mother, but we are pretty sure he had something to do with it, too. When Dr. Judd is not caring for patients he is busy raising and more often chasing the kids around. While they enjoy the surf and sand in Southwest Florida, they also like to change their altitude by traveling to colder climate to bicycle, hike and snow ski in the mountains.

Dr. Judd invented a method to more accurately document clinical findings of the Optic Nerve and this is still in use today. Prior to becoming an optometrist, Dr. Judd was a high school science teacher. He taught physics and biology. He also coached several winning sports teams. His teaching experience has taught him how to explain to his patients their complex medical problems in a way they can understand.

Dr. Judd loves the outdoors and exercise. He is an avid snow skier and mountain biker. He likes to travel and experience new cultures and languages. In the Fall you can always find him cheering on the Oklahoma Sooners in football. His family would say his favorite thing is a chocolate chip cookie.

Shop Online
Speak To Our Friendly Representatives By Calling